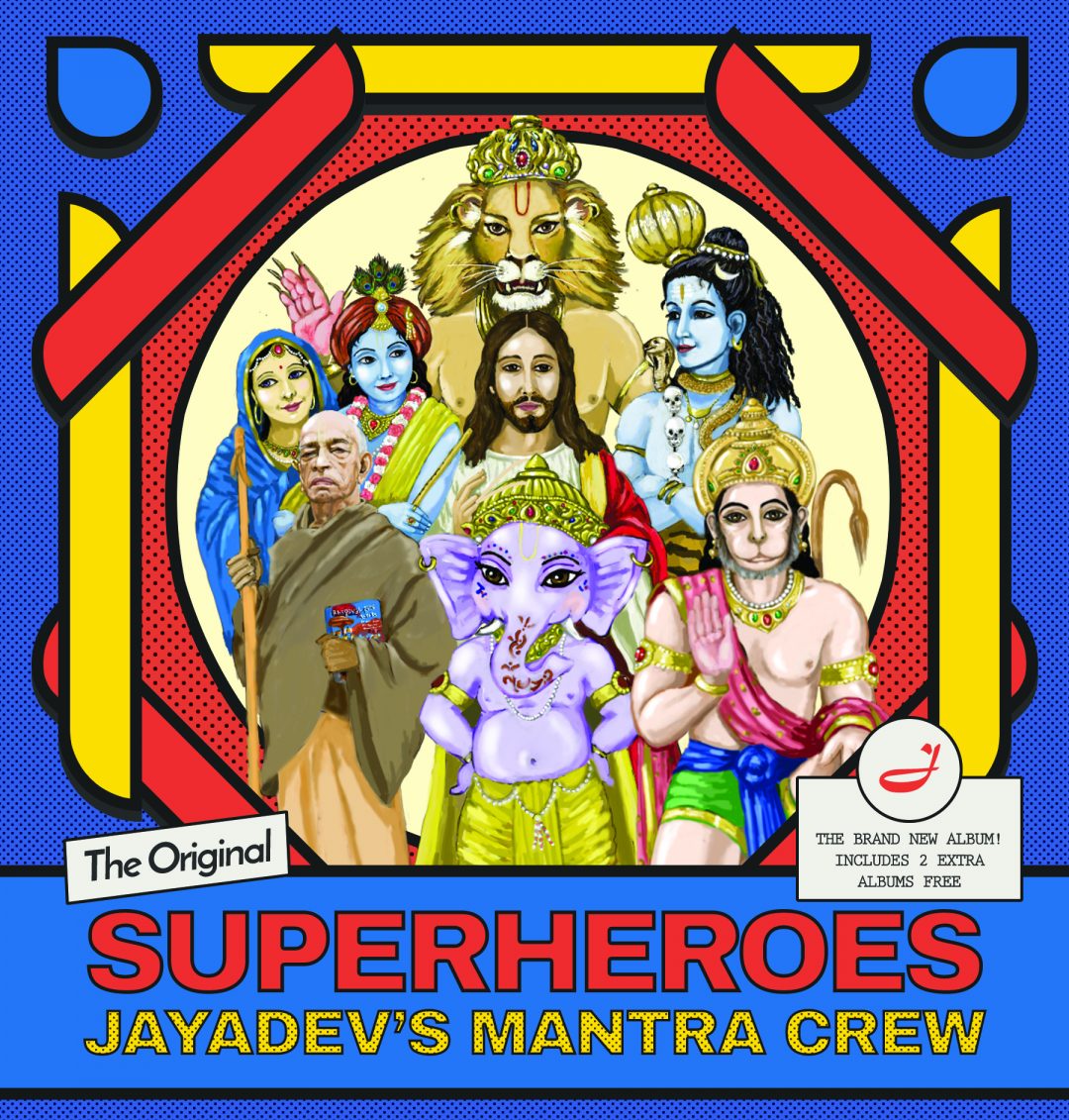 Originally designed for use on music streaming sites the cover was eventually printed onto multi-media usb cards.

Representing a variety of religious figures, particularly those seen as divine in the eye’s of the Hare Krishna and other Hindu-based faiths as divine beings who performed great acts in the name of peace. The musician wanted a “comic book-like feel” to the design, however we found that the result wasn’t in-keeping with the representations that religious groups would prefer, so instead we produced a design that uses classical painting style characters, but using a retro, pop-art style framework to house it.